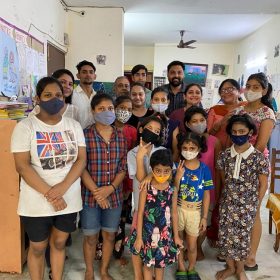 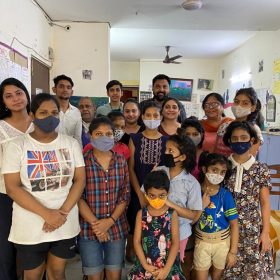 Female foeticide or abandonment of a girl child after birth in desire of a son, is a rampant issue in India, which has led to a massive gender imbalance. This imbalance has further resulted in discrimination and enforcement of patriarchal dynamics in society, along with rise in crimes like forced marriages, rape, trafficking etc. As per a report presented in the Supreme Court in answer to a PIL seeking overhaul of the state-backed adoption mechanism which sought responses of the government-funded and managed Central Adoption Resource Authority (CARA) and Ministry of Women and Child Development on 22nd April 2021, out of 11 million abandoned children, 90% were girls.

There are various NGOs who are helping abandoned girl children, survive by providing basic amenities. One such NGO is – Jamghat. Established in the year 2006, Jamghat A Group of Street Children works in the area of children. The NGO works towards the promotion of sustainable development. MD & Associates is honoured to be associated with this NGO to support their noble cause. A like or heart from you would be enough to support the cause.